A Parody of MacBeth – The Tragedy of the Clintons 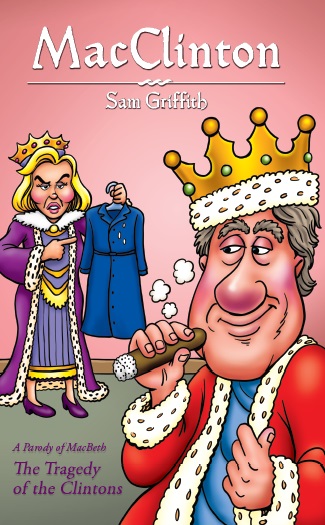 “When a citizen gives his suffrage [vote] to a man of known immorality, he abuses his trust; he sacrifices not only his own interest, but that of his neighbor; he betrays the interest of his country.” -Noah Webster

Although Webster wrote this statement almost two hundred years ago, it is good advice for us today. MacClinton illustrates this warning as it recounts Bill and Hillary’s immorality, scandals, and cover-ups in an entertaining and enlightening way.

From the opening scene with the three *itches meeting Bill MacClinton to the closing scene of George W. Bush’s presidential election victory, you’ll view Bill’s political career and Hillary’s cover-ups for her political ambition in a new light. The preponderance of evidence against the Clintons as fit leaders of America should motivate you to investigate political candidates more closely before voting for anyone who will betray the interest of our country.

Sam Griffith is a man of brilliant wit and intellect, while he can be subtle as a hammer. This exceptionally clever chronicle brought forward with today’s characters is Sam at his best. Its acute applications will make you laugh, then leave you scratching your head with wonder in its timely application to current headlines.
—Louie Gohmert, U.S. Congressman from Texas and former chief justice on the Texas Twelfth Court of Appeals 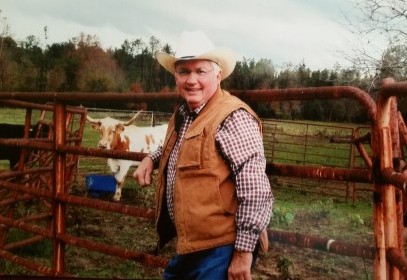 Sam Griffith is a retired Justice on the Texas Twelfth Court of Appeals, a position to which he was elected three times, twice unopposed. As a high school senior, he worked after school each day full time in a manufacturing factory, then worked his way through college and graduate school, and through law school. Before being elected an appellate justice in 2000, he was a trial court judge and trial lawyer. He earned two legal specialization certifications from the Texas State Bar Association’s Board of Legal Specialization, an achievement of less than three percent of Texas lawyers.

Outside of the court room, Judge Griffith taught U.S. Constitutional Law at universities in Iraq and China, preached through northern Iraq and South Sudan, funded twelve water wells in South Sudan, and built homes for earthquake survivors in Nepal. In addition, he co-founded a vegetable-growing ministry that was featured in a New York Times article and which, in five years provided more than one hundred tons of vegetables for local food banks.

Read More About “MacClinton” author Sam Griffith in the news:

Book the Author to Speak